You will see something like decoration on trees if you come to Kanazawa in winter. That is called Yukitsuri.
It is an actually not decoration but protection from snow.
Snow in Kanazawa is very heavy and contains a large quantity of moisture. When it snows, the snow breaks branches. In order to protect tree’s branches from heavy snow, protection is made especially on evergreen trees such as pine trees.

Protection are made by pole and ropes. From the top of the pole, ropes are dropped conically, and branches are tied up by the ropes. Branches are suspended up by ropes.
Though yukitsuri is a protection, it looks beautiful because of it shapes, especially when it snows. 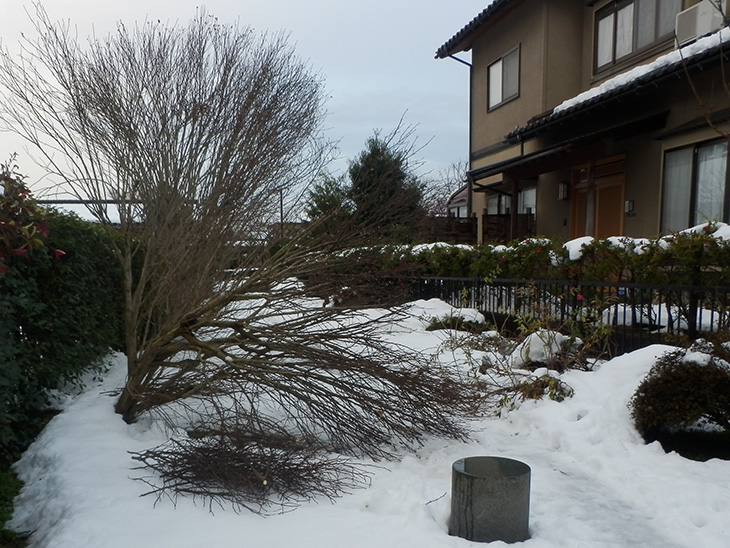 The above is a picture of tree without yukitsuri. The branches are broken by heavy snow. This shows how important yukitsuri is. 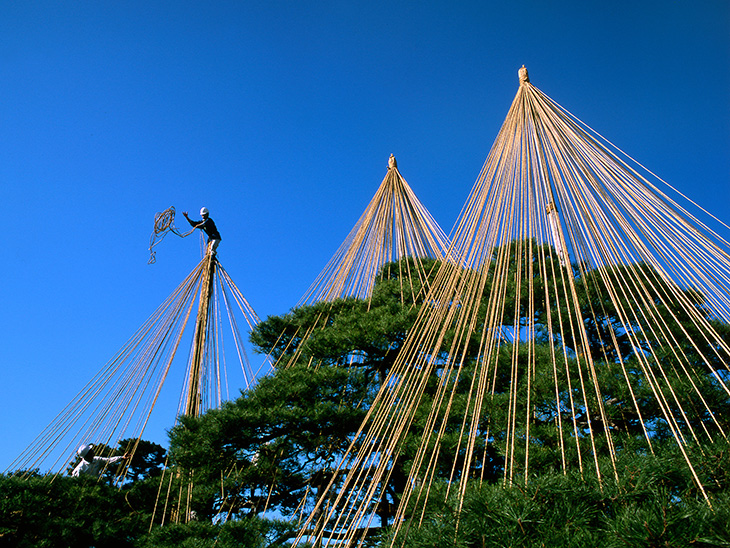 In Kenroku-en garden, where is one of the most famous garden as well as one of the three great garden in Japan, gardeners start to make yukitsuri on 1st November. Trees in Kenroku-en are artistic and the shape is unique like bonsai, so special technique is necessary to make yukitsuri. In the centre of the Kenroku-en, there is a pine tree called “Karasaki no matsu” one of the most artistic trees in the garden. Since some part of branches are above a pond, gardeners row a boat to get to the tree. 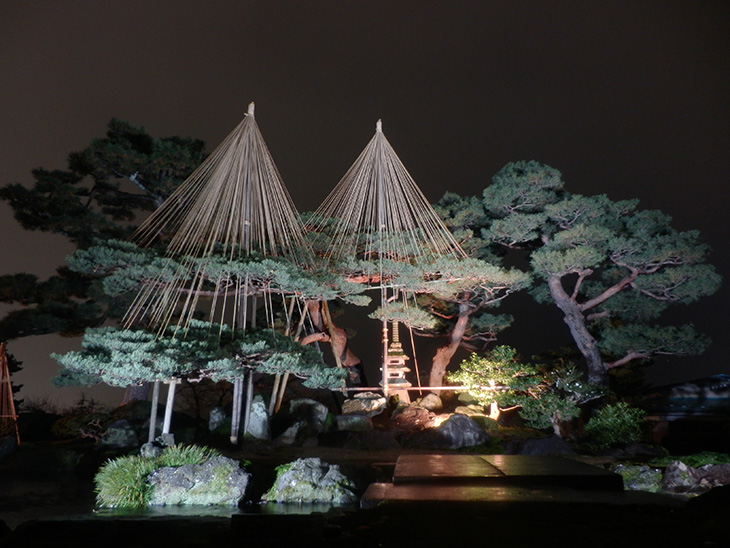 Night at Kenroku-en night is particularly beautiful. They close at 4:30pm in winter season, however they sometimes open even at night and show us their light up. 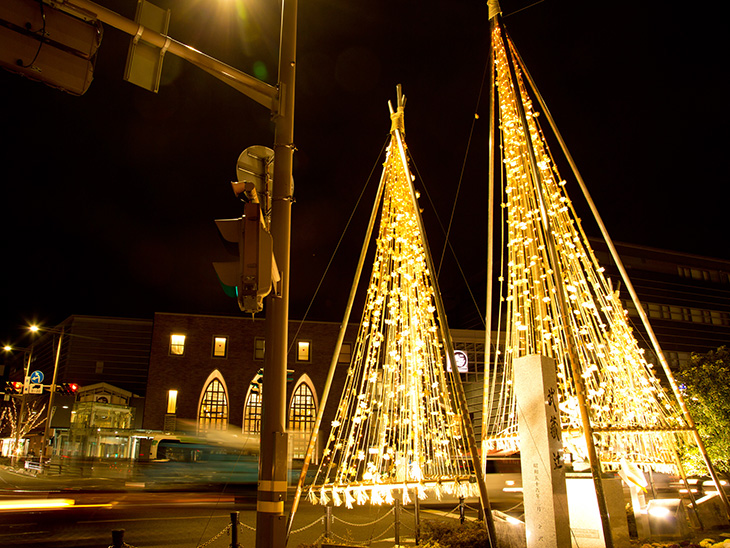 Not only Kenroku-en, you can see yukitsuri in parks or trees on streets. Winter is not the best season for Kanazawa, but if you are coming to Kanazawa in Winter, you still be able to enjoy yukitsuri.